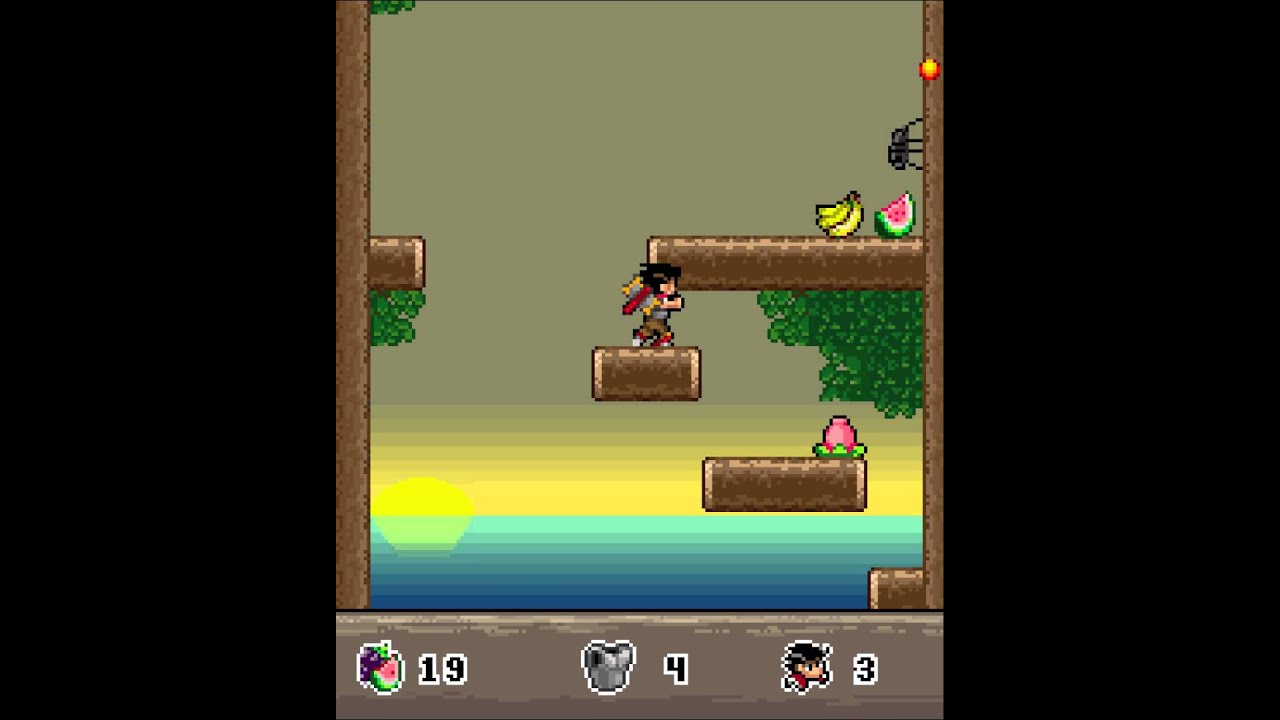 I recorded this as part of a test of a screen capture setup for some possible Let’s Play/Walkthrough type videos I may make in the future. Dragon Island is a platform game that was on one of my previous cell phones. Watch the video for the story. You collect fruit for extra lives and armor to effectively extend your health. There are three different throwing axes that you can use throughout the game, with each successive one having longer range and quicker reload times. After getting elven boots, you can double-jump.

However, I discovered a glitch that allows you to multiple-jump without the boots: Throw an axe quickly enough after jumping, and you’ll be able to jump again. I make extensive use of this throughout the video. The number of successive jumps is limited by reload speed. With proper timing, you could theoretically jump offscreen over an entire level after getting the elven boots and third axe or maybe even the second one. The glitch only works if you throw the axe after you’ve used up all of your allowed jumps (one before getting the boots, two after).

I made this using KEmulator Lite v0.9.8 to run the game and Freez Screen Video Capture to record the video. The emulator has AVI output capabilities, but there are issues with timing information in the files it generates. There are also some emulation errors, like the music/sound effects not playing consistently and enemies not always showing up. As a result, there is no audio in this recording.

It doesn’t look like you can get Dragon Island for current systems like Android or iPhone. If you want to see the company’s current offerings, go to (Macrospace merged with another company to form Glu a few years ago).