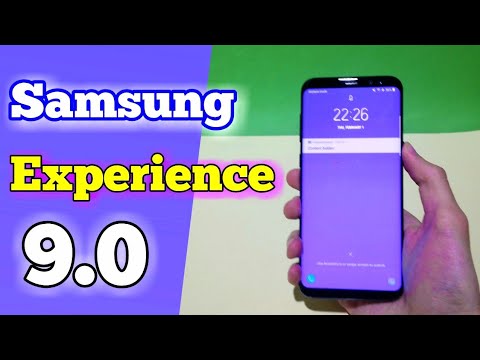 Samsung Experience 9.0 Features That you didn’t know about [Part 1

SStech Thank You For Watching
Join us On Facebook Group
~

Since the first day of the Galaxy S8 and Galaxy S8+ Oreo beta program, we’ve highlighted many of the new features that the update will introduce. Oreo will also bring Samsung Experience 9.0, the newest version of its proprietary user interface, though if you go by the company’s way of doing it, Samsung Experience (SE) 9.0 is the name for the entire new software and Android 8.0 Oreo is a part of that software (which is technically correct, given the number of modifications Samsung makes to the OS).

Samsung Experience 9.0 infographic
If you were part of the beta program, you’ve probably seen Samsung’s official infographic showcasing SE 9.0 features in the Samsung Members app. The infographic includes the features we’ve covered on the site, but also talks about a few others, like the option to change the color of the screen to reduce eye strain. The official Oreo update can arrive any day now, and while we’re waiting for D-Day, we thought we’d put up the infographic for those who couldn’t take part in the beta.

It’s a big infographic (captured using Samsung’s awesome Scroll Capture feature), so make sure you allow the image below a few seconds to fully load. Once you’ve checked out the infographic, take a look at some tips to prepare your S8 or S8+ for the Oreo update, and let us know what feature you’re looking forward to the most!

If you’ve ever used the Galaxy S7‘s Android 6.0-based TouchWiz firmware, you’re probably familiar with Good Lock. Good Lock was an application on Samsung’s Galaxy Apps store that let users customize TouchWiz’s appearance. The appearance of user interface element, from the lock screen to the status bar and Quick Settings panel, could be adjusted. Even the recent apps screen, which isn’t usually tweabable on Android devices without rooting, had an optional “light” theme that replaced apps’ card previews with an itemized list.

While most of Good Lock went the way of the dodo in Samsung’s Nougat-based Galaxy S8 and S8 Plus firmware, it’s making a bit of a comeback on Samsung devices in Samsung Experience 9.0. In the latest beta, you can replace the multitasking menu’s card view with a compact list view, if you so choose. But don’t worry if the list view doesn’t suit your fancy– you can switch back to the old card view at any time.

We won’t blame you if you’re the kind of person who replaces your phone’s stock keyboard with a third-party alternative like Gboard or SwiftKey — original equipment manufacturer (OEM) keyboards are usually lacking in features and customizability. That said, Samsung’s own keyboard is one of the best OEM keyboards available out there, and it’s getting even better with Android 8.0 Oreo and Samsung Experience 9.0.

The Samsung Keyboard now includes a Google-style toolbar on top which puts popular settings front and center. Among other things, it has GIF creation shortcuts and four “high contrast” options that improve visibility.

While TouchWiz’s stock launcher isn’t the most customizable out there, it has a few features unmatched by any other. With the Android Oreo update, it’s getting more home screen options.