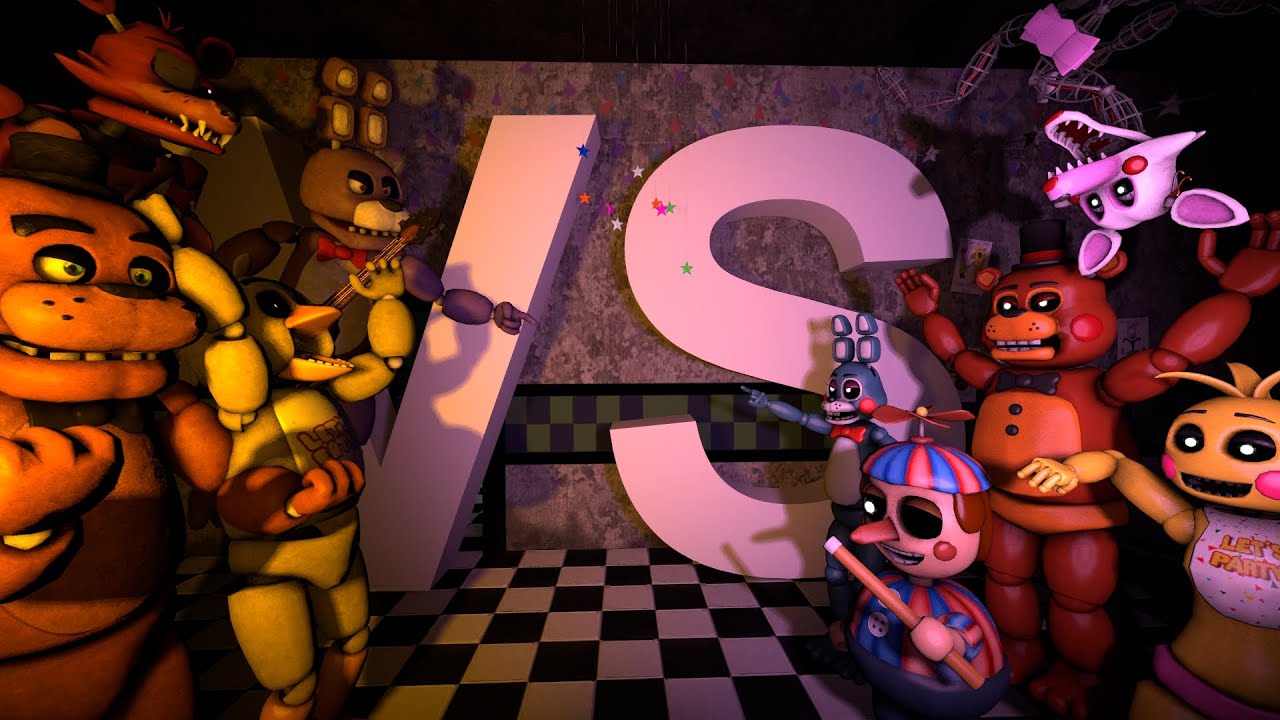 EDIT: this is an old crappy video i made long before i figured out how to use SFM. if you can find some enjoyment in this well… good for you.

second… i am still stuck on pose to pose animation… i seriously have not figured out how to animate with the graph editor or make the smooth movements that i have seen in other videos. the fact that i was able to make this and the last video on just pose to pose animation still amazes me sometimes

and last but most definitley not least… shoutouts!

so first of all i want to thank gold94chica massively for all the feedback on the animation and even helping me come up with ideas for the story. you are awesome! go subscribe to him:

i want to thank nsyubakastudio on DA for being an awesome artist and for letting me use the amazing puppet pic that you saw at the end lol she can be found here:

and that should wrap it up!

oh and i forgot… song list!
first song is right here:
song on the versus scene:
chica vs. chica song:
freddy vs toy freddy song:
mangle twister scene song:
rage mangle chase/bonnie vs toy bonnie scene:
springtrap VS. GF song:
this is the song that plays while BB is talking:
the mlg dance scene song:
and finally the puppet sad song:

That should be all of them!